By Don Hauka and Bartley Bard

Hakeem Jinnah is a reporter who thinks like a cop.  Not content to just cover the crime, he wants to collar the crooks.  Driven by his inherent instincts,  Jinnah constantly puts his life in danger tracking suspects an chasing the story.  Sometimes he’s regarded as a suspect himself because is a Muslim-American.

You will remember that last year the bullet-ridden body of Jinnah’s beloved brother Zakir, a San Francisco police officer, was found in a compromising embrace with former Bollywood star Anika Swift, wife of a scion of one of 'Frisco's wealthiest (and whitest) families. Jinnah has pursued the truth of this double homicide to the point of losing his last job at KXSF.  Big mistake for them.  Big break for us. Jinnah joins the Monster after working five years as a top crime reporter in broadcast.

Hakeem Jinnah (left) on  his release from jail. 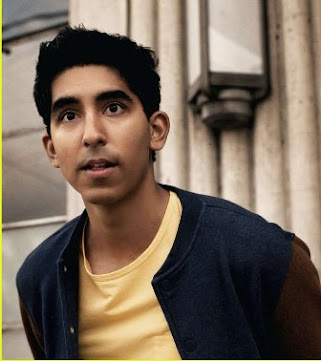 An interactive online tool for audiences -- going live when the series goes on air.

A working website with all the real goods for prospective buyers

Dev Patel's  image for illustration purposes only. He is not attached to the project.