Donald Hauka is a versatile writer who has worked in every medium, including print, broadcast, new media, stage and screen. He co-wrote and produced the award-winning documentary "Canyon War: the Untold Story," which took top prizes at both the New York International Independent Film and Video Festival and the Houston International Film festival in 2010. Hauka created the Mister Jinnah Mysteries basing them on Salim Jiwa, his colleague at the Province newspaper for nearly 20 years. Jiwa is a consultant for the ABC News I-team and series cultural consultant.

Mister Jinnah has been praised by Publisher's Weekly as "one of the genre's more interesting crime solvers." Globe and Mail reviewer Margaret Gannon said: "Mr. Jinnah's first outing, in Mr. Jinnah: Securities, was adapted for television. She Demons should set him up for a series."

Margaret and Bartley Bard are a Los Angeles-based writing couple who have written for television, stage and print. Experienced in scripted TV series writing, they also co-wrote “Jinnah On Crime: Pizza 911” which aired on the Canadian Broadcasting Corporation (and was nominated for a Gemini Award for Best MOW in 2002) and “Jinnah On Crime: White Knight, Black Widow,” which also aired on CBC in Canada. 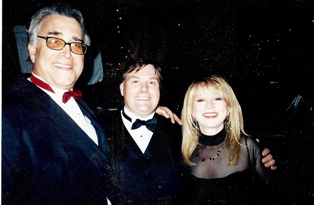 Proudly telling the real truth since 2012.