5. Special Collection, Pt. Two: Jinnah finally reveals the true circumstances around Anika and Zack's murders to Gonzales. But their plan to work together is put on hold when the Serial Coin Killer strikes again, claiming two more victims. Jinnah IDs the perp as Charles Forman, a seriously-unhinged special forces vet hunting for a personal trophy and prepared to kill anyone who gets in the way of him completing his special collection. Jinnah's poised to catch him when the interfering Agent McKinley (who has a personal stake in the case) botches the ambush, trapping a defenceless Jinnah face to face with the killer.

6. The Sons of Pol Pot: Jinnah tries to solve the kidnapping of a wealthy Asian-American couple and gets caught up in a turf war between his sometime-informants, the Vietnamese Red Dragons, and a vicious new Cambodian gang: the Sons of Pol Pot. Jinnah has 24 hours to find Larry and Ginny Trang before their kidnappers have them dismembered and to defuse a bloody gang war that threatens to consume Tenderloin.  Meanwhile, Jinnah continues to run down the murder of his brother and its connection to billionaire David Swift.

7. Code of Honor: Frosty assigns Jinnah a blockbuster: A star NCAA baseball player, originally a kid from the Tenderloin who made it good has been found dead and his teammates are accused of killing him over a "code of honor." They cast him as a drug dealer and bad influence. But Jinnah's investigation discovers the seamy underbelly of NCAA recruiting and casts suspicion on the University's legendary coach. Meanwhile, Caitlin scores an interview with David Swift’s son, Colton, bereaved husband of Anika.  Could Colton be the murderer? Before he can check it out, Jinnah is forced to go on the run, a suspect in the disappearance of “Peppa,” a porn star who is one of the last people to see Anika Swift alive.

8. Cop Chop Shop: When Elle's car is stolen, she begs Jinnah to help her find "her house." Their inquiries into what appears to be a routine auto-theft lead them in to a web of corruption and a chopping house run by SFPD officers. Jinnah's trust in Gonzales is pushed to the max as he struggles to stay ahead of the cops who want him in jail and the unseen assailants who want him dead. Meanwhile, a sex tape purportedly showing a liaison between Anika and Zack surfaces, providing motive for Colton Swift to have murdered them in a jealous rage. How can Jinnah clear his brother’s name now? 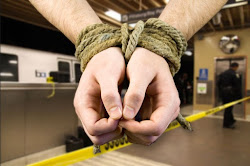 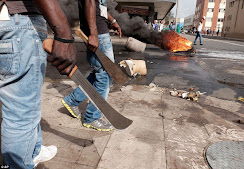 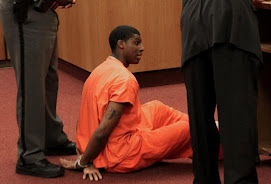 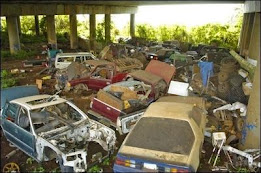